History of The Scottish Rite Cathedral

Purchased in 1918 and built in 1924 – The Cathedral was a historic undertaking from one of New Castle’s most notable figures – John S. Wallace. 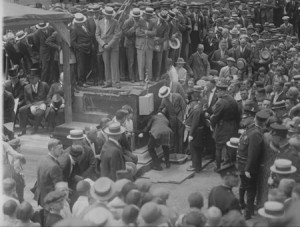 The Scottish Rite Cathedral is the reality of a dream of Illustrious Brother John S. Wallace, 33°. Brother Wallace was a Masonic Official of the area and the first Commander-in-Chief of the Valley of New Castle, and was one of only two Deputies for the State of PA. He lived next door to where the Cathedral now stands, and he wanted a place large enough for all Masonic groups to meet. The property that the Cathedral occupies was purchased at several different times. The plot that the Cathedral sits on was purchased in 1918. Additional plots were bought in 1921, 1923 and 1924. 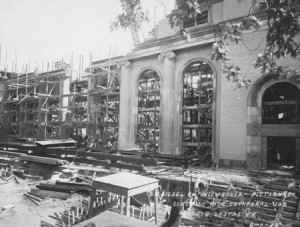 The architect was Mr. R.G. Schmidt and the contractor firm was S.M. Seisel, both of Milwaukee, Wisconsin. As they were building, they ran into quicksand…a rare find on the side of a hill! The quicksand rose from the back of the building, so to ensure the building was sound, they added piling. The cornerstone was laid in 1925. The ceremony for this event was quite an event for New Castle. Thousands of spectators joined the celebration. The Cathedral’s first official use was November 8, 1926. 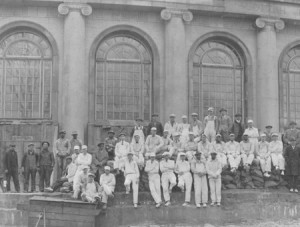